Cindy Korb listened intently as Maryknoll Sister Dorothy McGowan talked about life in East Timor, where she served as a missioner for 25 years. Korb wanted to learn all she could about the Asian country she would be praying for as a prayer partner with Sister McGowan.

Korb is one of five Maryknoll affiliates from the Albany, N.Y., chapter who have each teamed up with a Maryknoll sister to pray for that sister’s special mission intention. “Together Dorothy and I are building a bridge to the people of East Timor as we pray for them,” says Korb.

Such a response delights Richard Lessard, chair of the Maryknoll Affiliate board and a member of the Albany chapter, who came up with the idea of the prayer partnership between the two Maryknoll expressions. 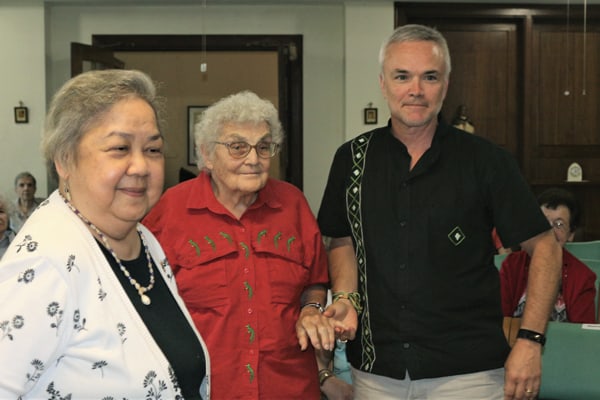 “A year ago I was at the Maryknoll Sisters center at a board meeting and thought, ‘Wouldn’t it be nice if we could have one-on-one visits with the sisters?’ ” Lessard recalls. “I think it is vitally important for the future of Maryknoll for all its expressions to continuously seek ways to strengthen the bonds within our Maryknoll family.”

Lessard learned that many of the Maryknoll sisters who are no longer able to minister overseas continue to serve the world by praying for their former missions as well as other global needs. Each June they participate in a ceremony at which they commit themselves to their prayer ministry and are sent forth to live it through their daily prayer.

“I could see this partnership as an opportunity to collaborate with the Maryknoll sisters while living out our own call to mission,” says Lessard. Maryknoll affiliates, he points out, are people from all walks of life organized in local chapters committed to four core values: global vision, spirituality, community and action. 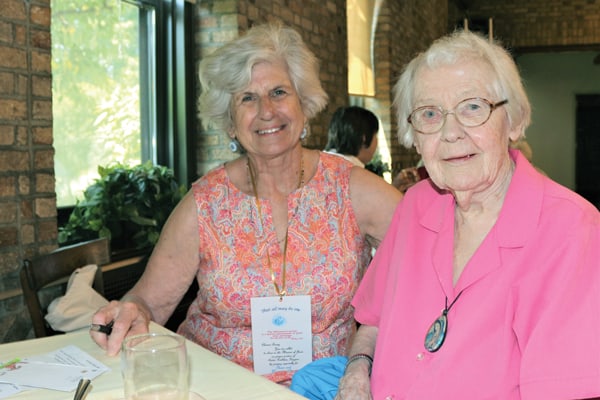 Maryknoll Affiliate Eleanor Tunny (l.) and Maryknoll Sister Kathleen Higgins, get to know each other before becoming prayer partners at a commissioning ceremony at the Maryknoll Sisters center. (S. King/U.S.)

Cindy Korb, who had served with her husband John as a Maryknoll lay missioner in Kenya, jumped at the chance to pray for East Timor, where she had always wanted to serve. Affiliate Ed Dugrenier, who recently participated in a mission immersion trip to El Salvador, chose to pray for neighboring Nicaragua as a partner with Sister Elizabeth Salmon.

Lessard says he selected his prayer partner based on the person rather than the place. “I googled Sister Marion Puszcz and learned she trained in Albany as an OB/GYN,” he says, adding that he also learned she served in Kenya, Tanzania and Nicaragua and in the Maryknoll Sisters contemplative community. He accepted the invitation to expand his world awareness by joining Sister Puszcz in praying for the people of Bangladesh, whom she served with her medical skills.

Affiliate Eleanor Tunny became the partner of Sister Kathleen Higgins, who prays for peace and women prisoners, including a woman on death row in California with whom she corresponds. Affiliate Santa Orlando joined Sister Mary Boyce in praying for all creation. “That encompasses everything!” says Orlando.

On June 28 the five affiliates made the two-hour drive from Albany to Ossining to publicly accept their mission assignments. Before the ceremony the partners were able to spend some time getting to know each other and hopefully beginning an ongoing relationship. They found lots of common ground.

“Sister Mary Boyce and I share a deep love of nature,” says Santa Orlando. “We are accepting and unafraid of change.”

Ed Dugrenier discovered he and Sister Salmon both play a musical instrument and “have a particular fondness for the people of Central America.” 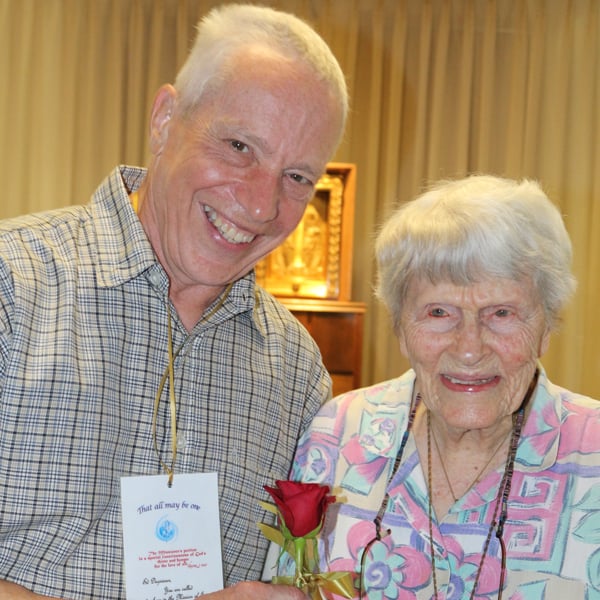 As they become prayer partners for Nicaragua, Sister Elizabeth Salmon gives Affiliate Ed Dugrenier a rose and a card with his prayer assignment. (S. King/U.S.)

In her exchange with Cindy Korb, Sister McGowan made another discovery. “Cindy is committed to prayer,” she says. “After five minutes, I knew I was blessed.”

Welcoming the affiliates and sisters to the commissioning ceremony, Sister Natividad reminded them: “You are being called to participate in God’s mission of love, mercy and compassion.” Sister Teruko Ito, a member of the Maryknoll Sisters’ leadership team, said, “We are making history in our mission collaboration.”

During the communal service, all assembled prayed for those accepting their new assignments. Each affiliate was called forth and given a card with the mission assignment and a rose from his/her prayer partner as a sign of their shared ministry.

As the affiliates returned home, obviously energized by the experience, Richard Lessard said, “My hope is to expand this to other sisters and affiliates.”

Ed Dugrenier borrowed the words of Thomas Merton to sum up why this prayer partnership is so important: “We do not find the meaning of life by ourselves alone; we find it with another.”

New Start for Girls in the Heart of Bolivia

Kindling Faith with Immigrants in Japan 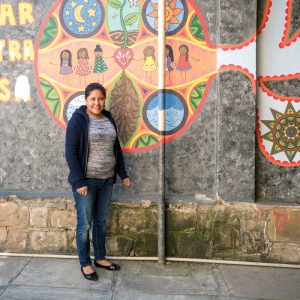 New Start for Girls in the Heart of Bolivia

Shelter in Cochabamba empowers girls and adolescents who were victims of abuse || With a shy smile, Cecilia, 16, says...