Readers respond to our print, web and social media posts

HIGH PRAISE
I wanted to tell you how wonderful the article by Maryknoll Father John Cuff in the July/August 2019 issue was. “Evangelizing among skyscrapers” was so descriptive I could see and hear all the activity! That’s the sort of parish I would love to serve in, pray in, evangelize in! God bless them, and I’m sure God smiles on them.
Margaret Wierman
Minneapolis, Minnesota

SAINT OR HERO?
Military chaplain Maryknoll Father Vincent Capodanno gave the green light to killing and maiming the enemy while accompanying Marines on the battlefield called Vietnam. To be Christ-like and saintly like Gandhi, he would have had to tell the soldiers to fight for freedom but not kill or maim for freedom, and like Jesus, he would have had to remind the soldiers that those who use the sword will perish by the sword. To be Christ-like is to love your enemy, not hate your enemy.
Ray Kalainikas
Manalapan, New Jersey

DUBIOUS DATA
Thank you for your heart-touching publication. When I read MARYKNOLL magazine, I believe all young adults 18–30 need to read a real-life publication like this to see what the world is really like and how truly good we have it in our country. Here Constitutional law and order serve citizens’ well-being as well as they can.
I was surprised to read in the World Watch column of the July/August 2019 issue, which focused on the Global Fragility Act’s goal to prevent violence, that Iceland ranks #1 in the so-called Global Peace Index. The United States is dismissed as #121. The United States is always sought after for aid and charity, and, in answer, is the world’s number one donor, with donations coming mostly from its own citizens’ pockets, and not just its government programs, foundations or NGOs.
With all due respect, the writer, as well as this dubious GPI, might want to know that Iceland is almost Down-syndrome-free, due to pre-natal screening that often results in termination of these pregnancies. We may seriously need to rethink and more clearly define “violence” here. I would think Maryknoll would be so inclined.
God bless and protect you and the U.S.A.
Elizabeth P. Murphy
Brooklyn, New York

CALL TO UNDERSTANDING
In the July/August 2019 issue, the writer of the letter entitled “Living, Gentle God” made the claim that God and Allah are not the same. Furthermore, she states, “Our Christian God is living, gentle, all-forgiving, while Allah is a vengeful God, non-forgiving unless you ‘submit, submit, submit.’ ”
I would encourage the writer to read Nostra Aetate—Declaration on the Relation of the Church with Non-Christian Religions, issued by the Second Vatican Council and proclaimed by Pope Paul VI on Oct. 28, 1965. The document states: “The Church regards with esteem also the Moslems. They adore the one God … They value the moral life and worship God especially through prayer, almsgiving and fasting.”
As Catholics, we are called to seek to have a better understanding of the Muslim community that is not based on stereotypes or misperceptions. We should take as our guides Church statements such as Nostra Aetate and the lived experiences of individuals familiar with Muslims, such as the martyred Trappist monks of Tibhirine in Algeria, who were popularized by the film Of Gods and Men.
Frank Galvan
Beaumont, California

NOT ANOTHER WORD
This is in response to “Another Word for God” in the September/October 2019 Readers’ Responses section. Islam and Christianity are both Abrahamic and monotheistic religions. However, Muslims do not believe in the Triune God as Christians do.
To them, Jesus is just a prophet like Abraham, Moses and Muhammad. They do not believe that Jesus is the son of God, and the concept that he reveals God as a loving Father is blasphemous.
Daniel Ali (a former Muslim convert to Catholicism), coauthor of Inside Islam: A Guide for Catholics, gives the following differences between Muslims’ Allah and Christians’ God. “The Koran’s picture of Allah is radically different from the God in the Bible. In the Bible, God is at once both transcendent and, to a certain extent, knowable. Muslims, however, believe that Allah is so far above his creation (including mankind) that he can never be known. This unknowable God is completely different from the loving Father of the Bible, who reveals his nature in the Trinity and his love in the Incarnation of his Son. Allah is not viewed as a Father, but as a Master who orders His slaves to obey strict rules. The concept of Allah’s love in the Koran is tied to obedience, and only for Muslims.”
To an observer, then, it should be clear that the Allah of the Koran cannot be identified with the loving Father whom Christians worship.
Lorenzo V. Penafiel, Ph.D.
San Angelo, Texas

FAITH IN THE ANDES
What a beautiful story in your July/August 2019 issue by Maryknoll Lay Missioner Joseph Loney, on the efforts to assist a poor family in Bolivia. I can only imagine the daily struggles of Evarista and her young children. Her faith is inspiring, and the work being done by Maryknoll is proof that the spirit of the Lord is everywhere.
Mike Collins
Valparaiso, Indiana 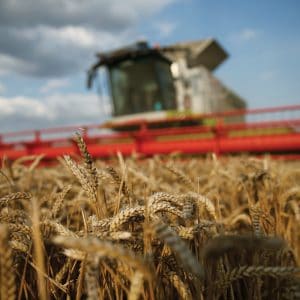