Catholic leaders involved in migrant ministry and refugee resettlement are objecting to the Trump administration’s decision to slash the number of refugees resettled in the United States this year to 18,000. They say the government is turning a blind eye to people “fleeing war, religious persecution and extreme targeted violence.”

“We are currently in the midst of the world’s greatest forced displacement crisis on record, and for our nation, which leads by example, to lower the number of refugee admissions for those who are in need is unacceptable,” said Bishop Joe S. Vásquez of Austin, Texas, chairman of the migration committee of the United States Conference of Catholic Bishops.

The latest cut in refugees to the United States is on top of a decrease last year to 30,000 and a significant departure from the U.S. average annual number of 95,000. Historically, the United States has resettled the highest number of refugees of any country in the world.

The process for vetting refugees overseas involves both UNHCR (the U.N. refugee agency) and U.S. government officials in an in-depth security screening that can take up to two years. Only a small number of people who apply are deemed eligible for resettlement in the United States. Once refugees arrive here, they are assigned to one of nine refugee resettlement organizations that welcome them and help them get on their feet.

The United States’ decision to close its doors to refugees contributes to the problem of refugees being stuck in “limbo”—left in camps or other temporary situations—for years or even decades. In 2017, UNHCR found that two-thirds of all refugees worldwide had been in exile for more than five years.

“Our commitment to offer refuge to those fleeing violence and persecution, rooted in our faith and more than 100 years of Maryknoll mission, requires (us to demand) our government demonstrate the moral leadership upon which our nation was founded.”
The UNHCR says more than 80 percent of displaced people are hosted by developing countries, which are the least prepared to provide for refugees’ needs. Most refugees wish to eventually return to their home countries, but many are unable to do so as the conflicts they fled drag on for years.

As the United States and other countries grow increasingly unwilling to host refugees, we are reminded once again of Jesus’ Gospel message in Matthew 25:35, “I was a stranger and you welcomed me.”

Kathleen Kollman Birch is communications manager for the Maryknoll Office for Global Concerns.

Faith in Action:
• Read about the USCCB’s refugee resettlement programs and see how you can support them: http://bit.ly/resettlementUSCCB
• Read the pope’s message for World Day of Migrants and Refugees on September 29, 2019: http://bit.ly/2019wmrd
• Ask your Senators to support the Grace Act, which would set the minimum number of refugees resettled in the United States each year at 95,000 ­­—the historic average for our nation: http://bit.ly/graceact 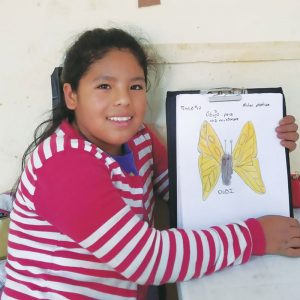 A young woman's immersion trip to Bolivia connects her with nature and her grandmother || The monarch butterfly has always...