In a remote Andean town, a Maryknoll lay missioner
helps his indigenous students build their future

||
By Giovana Soria and Meinrad Scherer-Emunds

Last February, when teachers at Colegio San Juan Bosco divided coaching responsibilities for the different sports teams, no one wanted to take the girls’ volleyball team. “They always lose, and they’re not very happy,” said one of the teachers at the Catholic boarding school in the rural town of Tacopaya in the Bolivian Andes.

Juan Gomez, a Maryknoll lay missioner who had started working at the school the previous October, was finding it harder “to break the ice here than in El Salvador,” where he had served the previous three and a half years. To him, the girls’ team seemed like both a challenge and an opportunity, so he volunteered to coach them. 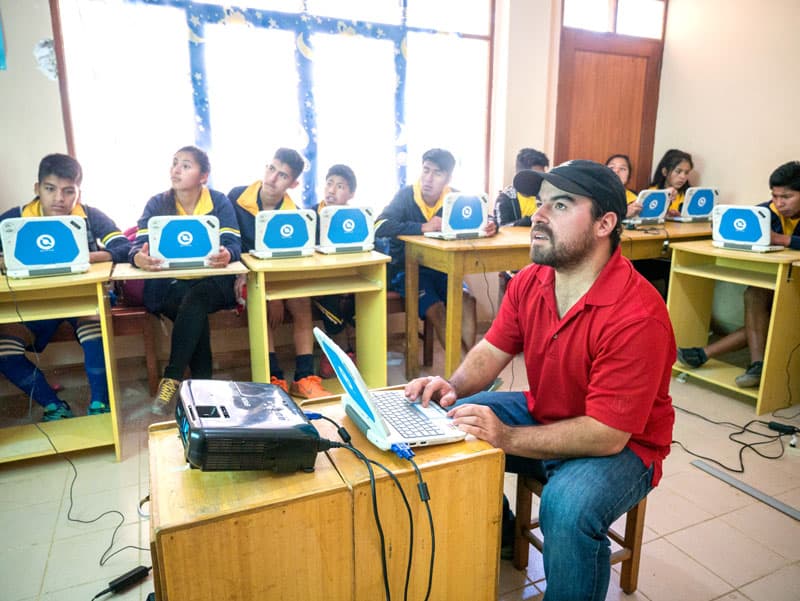 He had been advised that the genders are very separated in Bolivia. “As a man, you are going to work with boys,” he was told. So he wasn’t entirely surprised when “at first the girls would not look me in the eye, talk to me, or even reply when I asked them a question.”

He enlisted the help of a female teacher, and “little by little, as we practiced together and they saw they were playing better, things began to change.”

The big breakthrough happened at the municipal tournament, where all the teams from the Tacopaya area compete.

“The last game was really hard,” Juan remembers. “After we lost the first set, one of the girls was crying. It was very intense. We had to get them pumped up again.”

The team rallied and won the game and the championship. “Everyone was jumping up from the benches. They were hugging, and the girls came up to me and hugged me too. I could see the pride in their faces.” 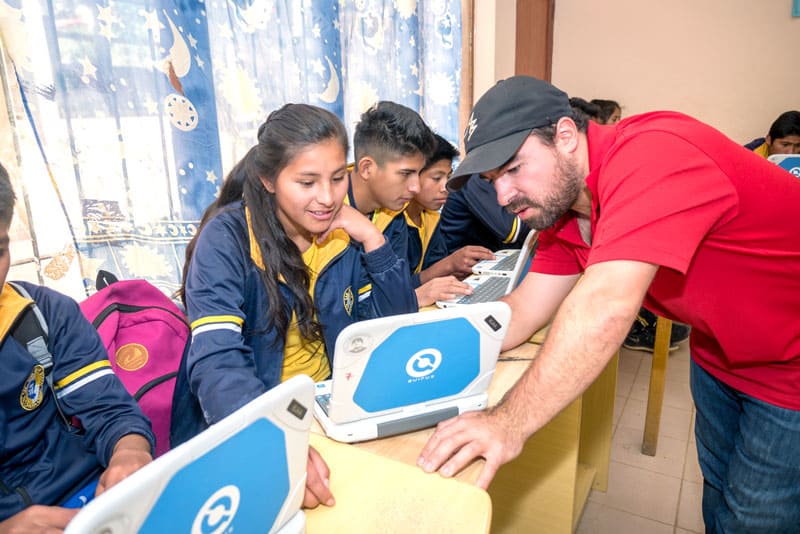 Now the girls, who had never won anything before, were going to represent Tacopaya at the county tournament in Coca Pata. That meant a 12-hour bus ride and a week at the tournament for girls from poor families who had never traveled before.

“The travel alone was already eye-opening for many,” Juan says. Coming from a dry mountainous area, the girls were amazed at the humid weather and the clouds that gathered every evening.

The team again did well, winning three of four games and losing only against the eventual county champion. They were a little intimidated by the city teams, who had fancy team sweat suits and shoes. The Tacopaya girls felt lucky to even have team T-shirts for their games.

For Juan, who had played competitive volleyball in high school, volleyball became a tool for building trust as well as teaching values like perseverance, teamwork, self-esteem, empowerment and dignity. 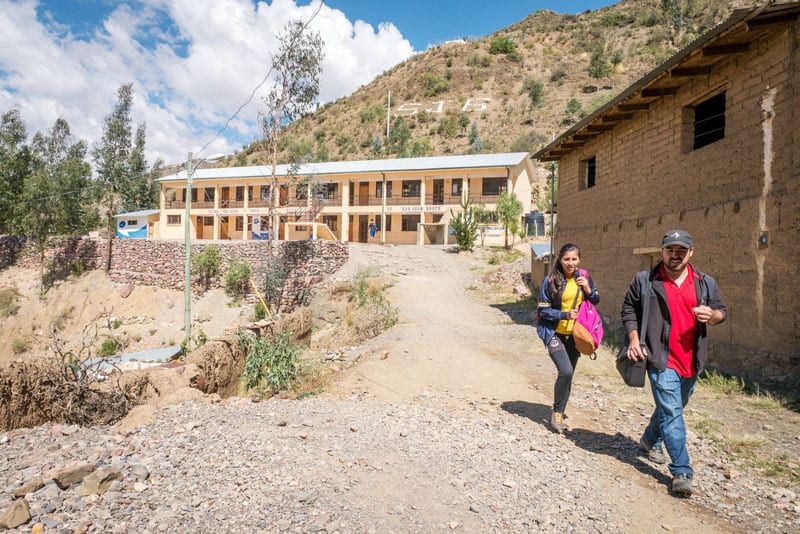 Sometime after Juan arrived at San Juan Bosco School, he discovered that the Bolivian government had given the school a whole set of new computers that were sitting in a storage room. So he also volunteered to teach computer classes.

Many of the children had never used a computer. “They started from zero, but they learned fast,” Juan says. “It was beautiful seeing their surprised faces when they learned new things on the computer. We started with Microsoft Paint, and there was a big ‘wow,’ as they figured out what they could do. It was like opening up a whole new world.” The computer classes have been another great way to connect with the students, especially for many of the boys, who love learning computing.

About 90 percent of the school’s students are indigenous, whose first language is Quechua. Most of their families are subsistence farmers. Some live in remote areas of the Andean mountains, from where walking to school can take up to five hours. So the boarding school allows children to get a quality education during the week and then go home for the weekend. 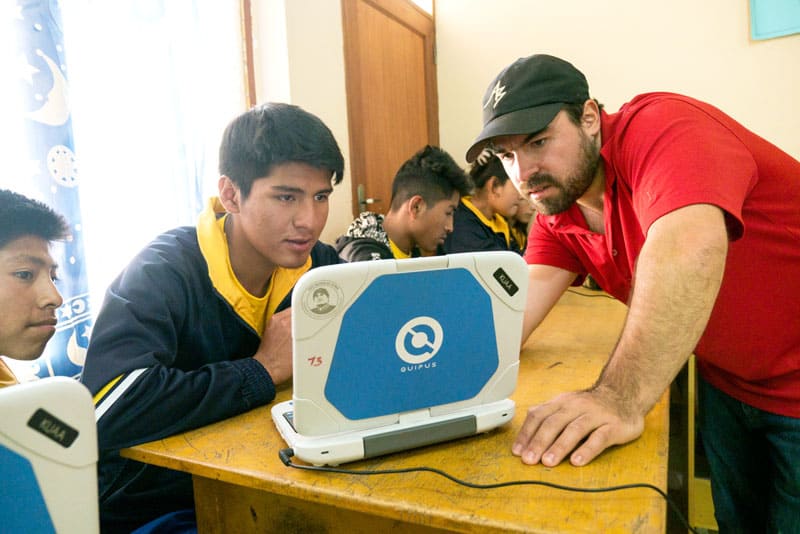 “Sharing life with the people here is such a privilege,” Juan says. “Our very different life journeys meet in this place and time to enrich us all in a grace-filled way.”

He believes that, coming from U.S. culture, “I bring a lot of baggage with me that I don’t want to pass on to them. Our civilization has become dehumanized. We seem to have lost our sense of community.”

By contrast, he admires the richness and humanity of the millennia-old indigenous culture he encounters in Tacopaya. “It goes all the way back to a time before the Incas—their traditions, the way they prepare and eat their food, make their own style of clothes, build their own musical instruments and have their music and dances.”

He saw one example of indigenous values at work at last year’s graduation. Whereas in the U.S. graduating students expect to receive gifts, the school’s students—most from poor families—raised funds that allowed them to cook and serve a very special meal for their parents, siblings and friends. 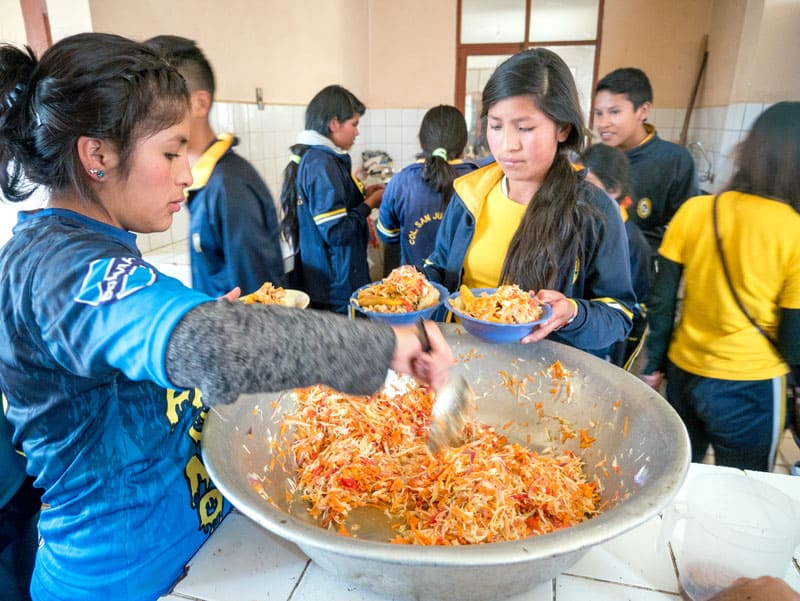 One of Juan’s main hopes is to help his students appreciate the richness of their own culture. While they do express pride in their heritage, they are also tempted by the “garbage” they encounter on their cell phones and in TV shows, he says.

To Juan, the indigenous culture is a precious gift, a “world heritage” that he hopes his students will carry forward into future generations. “If I can help with that, I think it will be the most important thing I can do during my time here.”

This story also appears in the Fall-Winter 2019 issue of Voices of Compassion, a publication of the Maryknoll Lay Missioners. 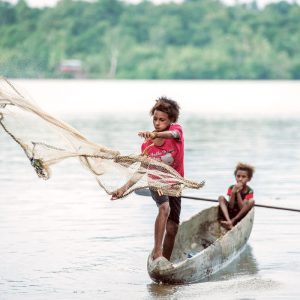 Maryknoll priest reflects on humanity's quest for something bigger, more powerful than ourselves || At noon every...