Last year, a wave of protests spread across the world—from Latin America to the Middle East to Asia. Underlying many of these protest movements is inequality, which a new U.N. Human Development Report identifies as a growing problem within many countries.

In Chile, a hike in subway fares sparked demonstrations by people from nearly every level of society in a country where the top 1 percent of individuals own one-third of the wealth. In Ecuador, rising gas prices due to slashed government subsidies hit low-income people the hardest, prompting mass protests. In Lebanon, protests erupted after the government hinted that it would tax telephone calls made via WhatsApp, a free calling and texting service. Protesters said the tax would hurt the poor. In each of these cases, the public outcry reflected mounting frustration with structures that allow for increasing inequality.

Inequality is usually discussed in economic terms, focusing on the disparities in income and wealth between those considered rich and poor. However, the 2019 U.N. Human Development Report argues that the current protests are about more than just money, but are driven by inequality in opportunity and power, including access to jobs, healthcare, education and social mobility in general.

The good news, the U.N. report says, is that fewer people today are experiencing “extreme deprivation” than they were decades ago, meaning more people around the world have access to basic necessities, such as food and shelter. However, disparities are widening in areas such as access to education, jobs and health services, limiting the social and economic mobility of lower- and middle-income individuals, while the elite continue to grow in wealth and opportunity.

Other research reflects similar trends. According to the Brookings Institute, while the wealth gap between countries has declined slightly since 1980 as formerly impoverished countries such as India and China have seen huge economic growth, economic inequality within countries has increased. This is especially true in middle- and high-income countries, including the United States, where income inequality in 2018 reached its highest level in over 50 years, according to the U.S. Census Bureau.

The 2018 World Inequality Report says that “income inequality has increased in nearly all countries, but at different speeds, suggesting that institutions and policies matter in shaping inequality.” The U.N. development report indicates that some countries, particularly in Europe, have moderated the trend toward inequality by investing in health and education and redistributing wealth through taxes.

Public health research shows a link between high levels of inequality and increasing social unrest and violence in communities, and the United Nations has identified reducing global inequality as one of its Sustainable Development Goals for 2030.

Pope Francis has identified inequality as a moral problem, saying in his exhortation Evangelii Gaudium, “Inequality is the root of social ills.”

Kathleen Kollman Birch is communications manager for the Maryknoll Office for Global Concerns.

Faith in Action:
• Watch a presentation or read a backgrounder on income inequality by the U.S. Conference of Catholic Bishops. (Presentation: http://bit.ly/PreziUSCCB; backgrounder: http://bit.ly/InequalityUSCCB)
• Read about MOGC’s previous work on economic justice: https://maryknollogc.org/focus/economic-justice
• Explore inequality.org, a project of the Institute for Policy Studies, for the latest news on inequality around the world.

Featured Image: Demonstrators shout anti-government slogans at a march in Lebanon that was sparked by plans to tax a popular free calling and texting service. (CNS/Aziz Taher, Reuters)

Rusty and Terry: Best Friends and Partners in Mission 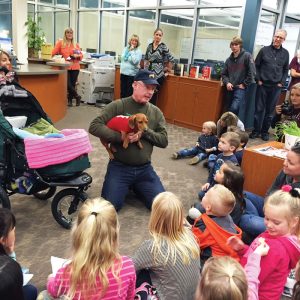 Rusty and Terry: Best Friends and Partners in Mission

Rusty, a rescue dog, joins his owner, Terry Brown, in visiting the sick and dying || Terry Brown says his life was changed...