" /> Thanks to Kalakasan, women are victims no more | Maryknoll Magazine

When police responded to an emergency at Darna’s house, the Filipino immigrant was black and blue from a beating by her Japanese husband, says Maryknoll Sister Margaret Lacson, telling the story of the petite woman standing next to her in an office in Kawasaki, Japan.

Darna (not her real name) had overstayed the entertainment industry visa she used to migrate to Japan. She was arrested and detained for several months, during which time she was unable to see her two children, an infant and a toddler, who were sent to a child protection center. Their father was free without any charges.

“We managed to help her not get deported,” says Sister Lacson, who cofounded the Kalakasan Migrant Women Empowerment Center in 2002 to help migrant women who are victims of domestic violence. “By the time she got her children, the baby did not recognize her. It was the most painful thing that happened to her.”

Now, years later, Darna’s children are teenagers, yet she remembers that time vividly. “I felt very angry, hopeless.” she says. Divorced 16 years ago, Darna does not know the whereabouts of her children’s father. “I give my son and daughter not a perfect life, but I try,” she says, adding that maybe someday she will tell her children her story of domestic abuse. In the meantime, she continues going to the Kalakasan center, as a service recipient and also as a volunteer. 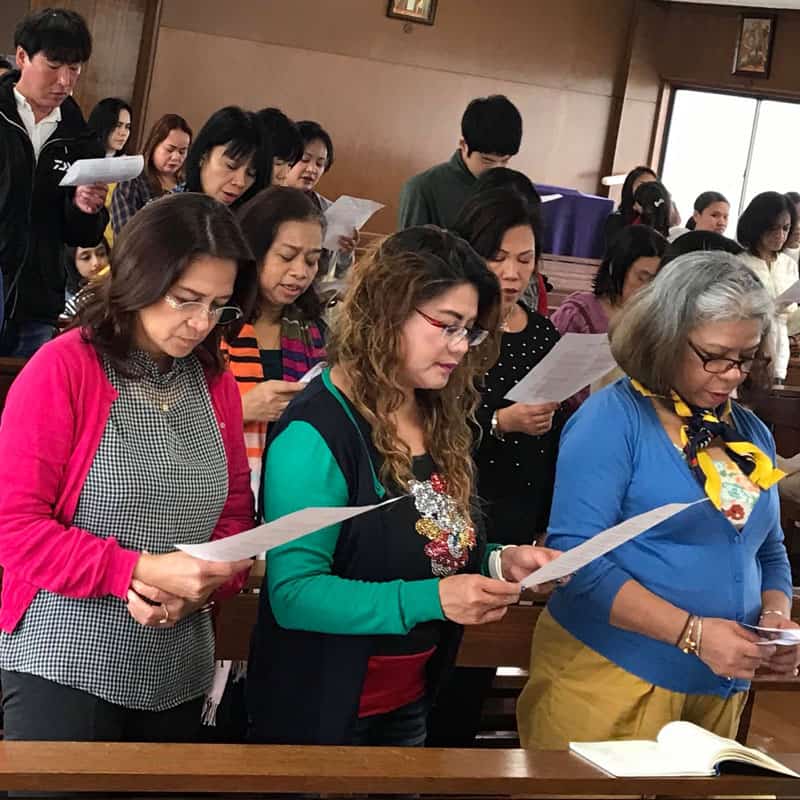 Darna arrived in Japan from the Philippines in the late 1980s, when Japan began accepting migrants from Thailand and the Philippines through what was called the entertainment industry visa program. Other women entered Japan with tourist visas. Many migrant women were drawn to work in bars in Japan, but ended up as exotic dancers and/or forced into prostitution.

As of June 2017, there were more than 250,000 Filipinos working in Japan, making them the third-largest foreign population in the country, according to Japanese government statistics.

Eventually, Darna married a Japanese man. “But that didn’t turn out well because that guy was yakuza (Japanese mafia),” says Sister Lacson. She says underground human trafficking also goes on in Japan. “They bring in people and make them work. Their passports are taken away and they are told: ‘You owe us. We paid for your fare. We paid for this, we paid for that. And you have to pay us for your board and lodging.’”

The number of domestic violence cases in Japan has declined over the years, and Kalakasan staff successfully lobbied for the Japanese domestic violence law to include protection for migrants. However, the center continues to provide counseling for the women who have left abusive relationships and started new lives with their children. 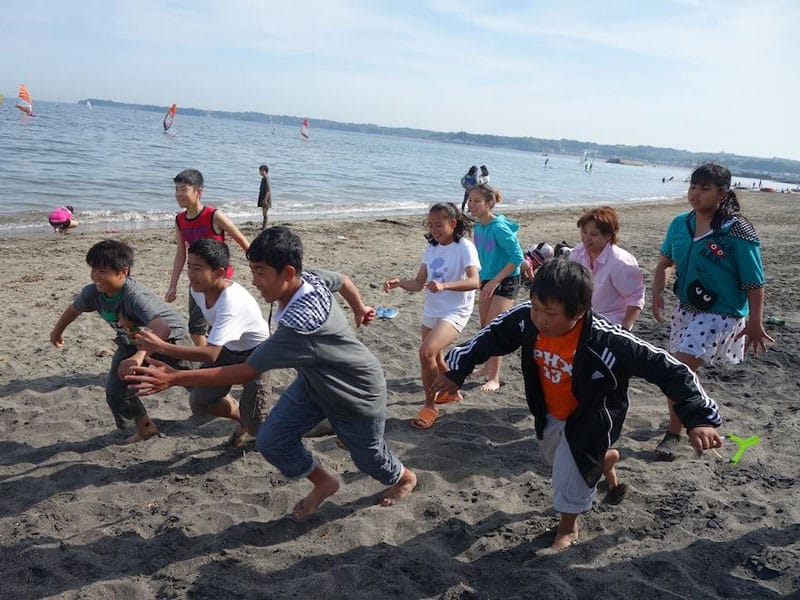 In addition to helping foreigners legalize their immigration status, Kalakasan addresses problems related to their children’s welfare while in Japan.

“The process of healing from violence does not happen in an instant,” says Sister Lacson. “Our efforts have been to support the mother as the children are growing up and support the bicultural children. Sometimes they are bullied in school because they are not Japanese. They are told they are half [Japanese], and so we tell them: ‘No, you are not half, you are a double. You have two cultures.’”

On a warm afternoon at Kalakasan, Darna helps bag rice donated by a farmer to the center. Twice a month Kalakasan receives goods donated by local merchants and delivers them to some 30 single-mother households.

This day, about 12 people are at the small center. While some of the single mothers and recipients help bag rice and prepare food, a Chinese volunteer answers calls to the national helpline, which provides information and referrals in various languages to migrants in Japan. 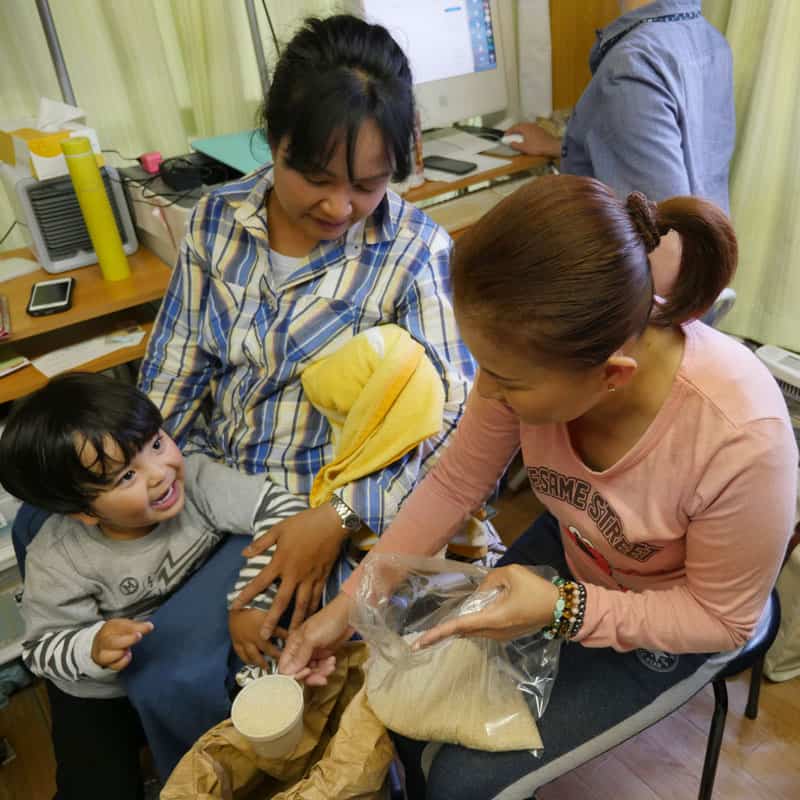 Two immigrant women in Japan, who were victims of domestic violence, attend the Kalakasan center where they receive services and a sense of community. (Peter Saunders / Japan)

Maryknoll Sister Abby Avelino, who also ministers at Kalakasan and is helping bag rice, takes time out to play with the child of one of the mothers and engages in friendly conversation with the women.

The center has the atmosphere of a large kitchen in the home of an extended family.

“We are trying to empower each other to give hope, strength and dignity to all, especially the most vulnerable women and children who are victims of abuse and trafficking,” says Sister Avelino. Although born in the Philippines, Sister Avelino was in the sixth year of her career as an engineer in Los Angeles, Calif., when she realized she wanted to live a life of service.

She joined the Maryknoll Affiliates for two years and then felt inspired to join the Maryknoll Sisters in 2006. She was assigned to mission in Japan in 2009.

Sister Lacson, who is also from the Philippines, admired the work and the religious life of the Maryknoll Sisters serving in her native country, and joined the congregation in 1990. She was assigned to Japan in 1993. For five years she served at a shelter for Japanese women victims of domestic violence before cofounding Kalakasan. 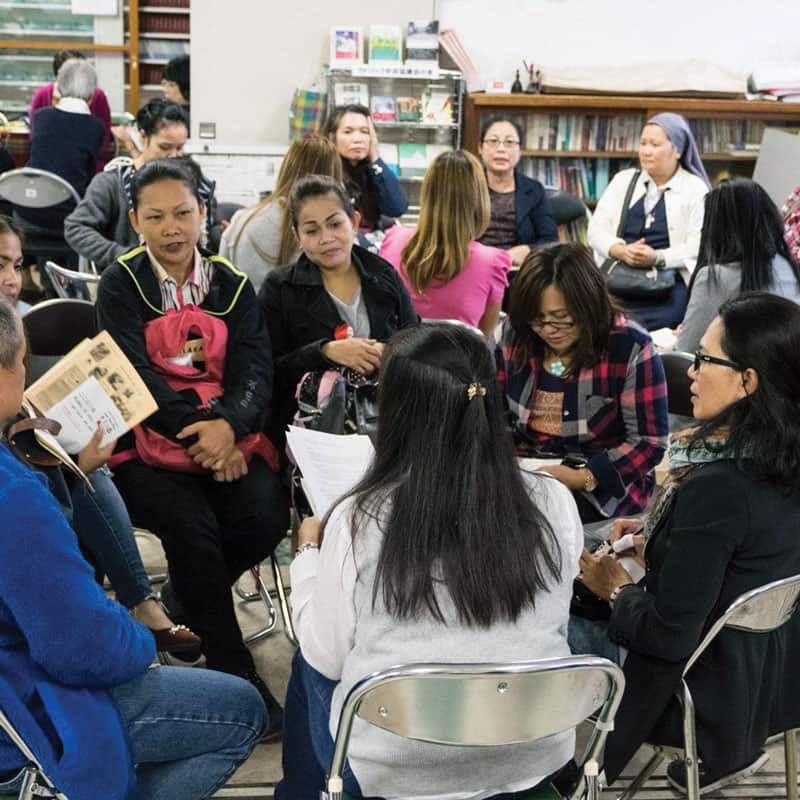 Kalakasan offers diverse workshops and self-help groups to empower migrant women who were victims of domestic violence in Japan. (Courtesy of Kalakasan Center/Japan)

Over the years, Sister Lacson has seen dramatic changes in women after they come out of an abusive relationship.

“When the women first come, you can see their faces are drawn and pale. After two weeks they are like this,” Sister Lacson says pointing to a smiling woman nearby. She adds that some women need years to recover. “Before, they were told, ‘You’re useless. You’re nothing.’ And now they see that they’re able to work, manage their money, raise their children by themselves.”

Leny Tolentino, one of the co-founders of the Kalakasan center and a Filipino lay missioner serving in Japan since 1988, says that one of the greatest needs at the center is to not only help victims of domestic violence but to empower them.

“When we started Kalakasan, there were a lot of children; now they are in high school or going to the university,” says Tolentino. If abused women are empowered, they become active participants in the community and this contributes to a positive society in Japan, she says.

“We say we are empowering them, but actually I am also being empowered by them,” she says. 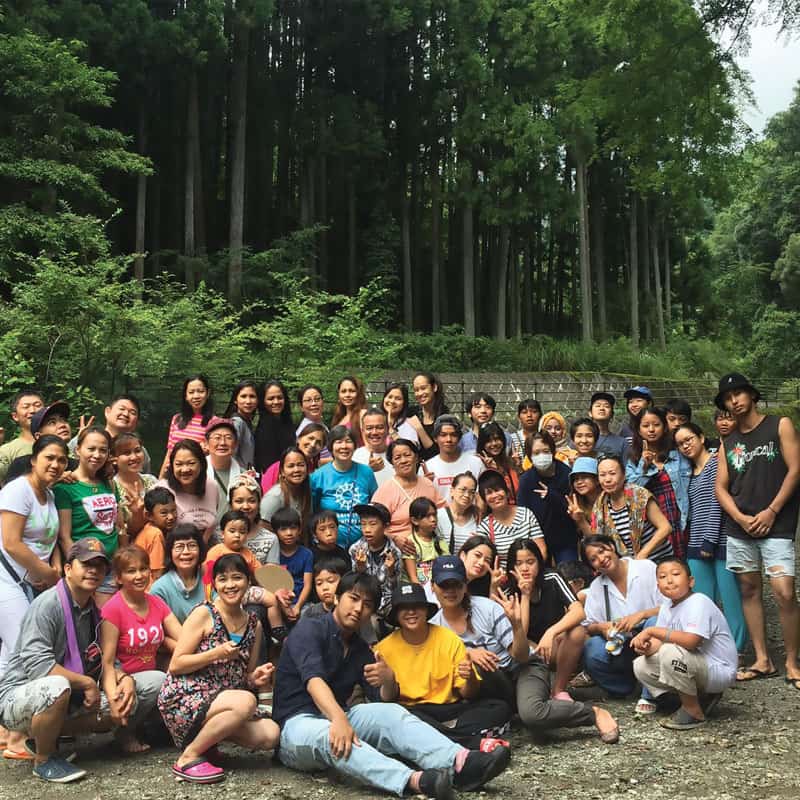 Staff and volunteers of a center for the empowerment of abused women in Japan, at an outing with the women’s families. (Courtesy of Kalakasan Center) 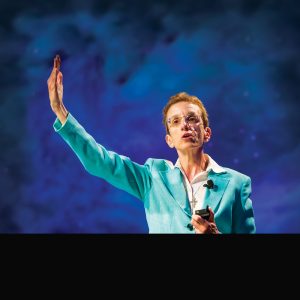 Maryknoll Mission Institute celebrates its golden jubilee || It was the weekend of Pentecost and the joy of the Holy...