" /> With Peru in lockdown because of pandemic, 'an infinite abyss' opened

With borders closed because of pandemic, ‘an infinite abyss’ opened

LIMA, Peru (CNS) – Late March 15, Peru’s president declared a state of emergency, ordered ordinary people like me to stay home, and announced that no one would be allowed to enter or leave the country.

By closing the borders, he threw up a wall, a barricade against the coronavirus that was already spreading through the country. But I felt it as a gulf, an infinite abyss that had opened between myself and my father, 3,500 miles away in a senior residence in Baltimore.

In the 30 years that I have lived in Peru, I have felt that distance in different ways. But never has it been so absolute. For the next two weeks, I cannot leave the country. If my father, who is 93, has an emergency, I cannot be with him.

The gap had first appeared a week earlier, when my sister planned to coordinate a video call between our father and me. But the deaths at a Seattle-area nursing home had hit the headlines, and she arrived at the residence where our father lives to find a “No Visitors” sign. My father does not have a phone jack in his room, and he is not a cellphone user, so silence ensued, with no way for me to hear his voice, no way for him to hear mine.

It took me back three decades, to the year I arrived in Lima as a lay missioner with Maryknoll. Public services were spotty–there were frequent blackouts, and with luck we had running water for a few hours a day. A phone line cost $700 and there was a 10-year wait, so almost no one had one. When a family in my neighborhood finally made it to the top of the list, there was a block party. The rest of us used pay phones that took a nickel-size slug called a “rin”–because when the telephone rang, it made “rin-rin” sound. A 10-minute phone call to or from the United States could easily cost $100. 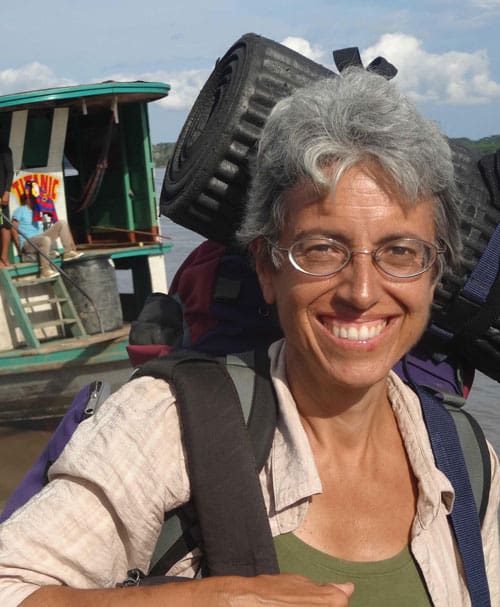 So we wrote letters. Hundreds of letters. My father wrote faithfully every week, and the first thing I did every Saturday morning was answer him, in longhand, because computers were still a rarity. There was always a time lag–the shortest transit time we clocked was a week–but the ritual was a constant, binding me to family with an invisible strand as tough as spider silk.

I especially remember one of the first letters, which arrived not too long after I landed in this foggy desert city with its new sights and smells, where everyone took the windshield wipers off their cars so they wouldn’t get stolen, and where the upper stories of the few tall buildings faded into the mist.

Like the Cheshire Cat’s smile, my departure from the United States had happened in stages, starting with the sending ceremony at Maryknoll, followed by goodbyes with family near Washington, D.C. My parents saw me off at the train station for a stop in Atlanta before my flight to Peru. It was a hectic final farewell, as Amtrak was inflexible about my overweight luggage and I left my parents holding armloads of books as I waved from the platform.

My thoughts were already leaping ahead to the adventure that awaited. How easy it is to leave, how hard to be the one left behind. In that early letter, my father wrote, “Saying goodbye to you at the train station was the hardest goodbye I have said in my life.” How distant Peru must have seemed to my parents; how final that farewell.

In Lima, I shared meals and wove deep friendships with priests and sisters who had been working in Peru since before I was born. When early missionaries left the United States, they had no expectation of ever returning home. That had changed by the time I arrived, but lay missioners were still discouraged from making home visits during their first contracts.

It was never my intention to stay in South America. I expected to complete that first contract and go back to my old life. But by then I was not the person I had been before, and I decided to return to Peru, where I work as a journalist. So my reunion with my family was not a return, but a two-month interlude. My parents said goodbye more easily this time. They had discovered that though I traveled far, I could return. They were reassured that we would not lose touch.

It wasn’t so easy for me. As I waved farewell, they looked older than I remembered. Three years is a long time, and many things can happen to those we love. My eyes were misty as the plane climbed and circled before heading south.

But communication became easier in those next years. I had access to a computer, first to type letters, then to send emails. That tenuous international mail delivery, which sometimes seemed like a gossamer thread, gave way to a sturdy, high-tech cable. But though the hardware looked solid, the emails seemed ephemeral compared to ink on paper.

So last week, when the video call was impossible, I picked up a couple of postcards and some note paper and wrote my father a letter. There was something reassuring about going back to our old ritual. Putting pen to paper was the next best thing to touching hands. And words on paper give the illusion of permanence. At least they will still be there tomorrow. I wrote the cards and mailed them from the same place where I posted those letters 30 years ago. 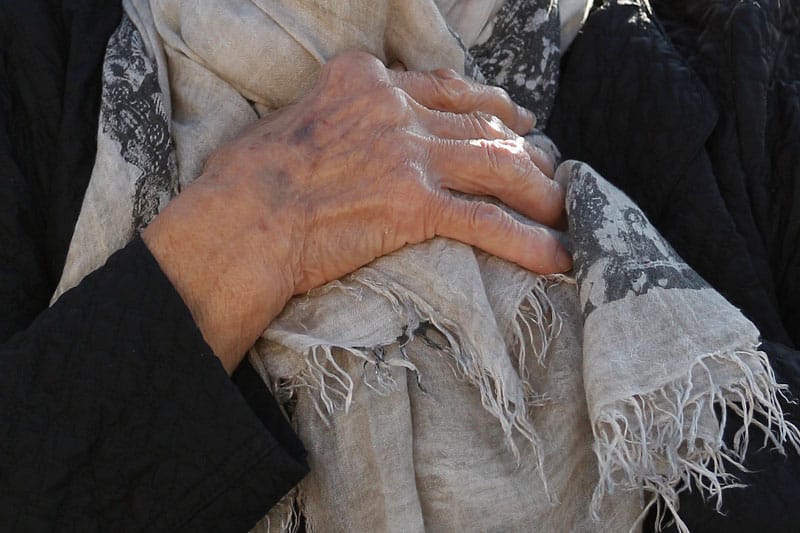 An elderly woman’s hands are seen in this photo. Many residents of nursing facilities are now isolated because of COVID-19. (CNS photo/Paul Haring)

Then came the announcement–Peru was closing its borders to land, sea, river and air transport, nonessential businesses were to shutter, and residents were to stay home except to purchase food or medicine or seek medical care. Suddenly the mail was no longer an option. Even if I were permitted to walk to the post office, it would be closed.

More than two weeks have passed since I last spoke to my dad. We might still be able to arrange for him to use a tablet for video calls, if someone gives him a hand. But the dining room at the senior residence is closed now, for added protection, and residents are eating meals in their rooms. Some undoubtedly need assistance, so the staff is probably even busier than before. The calls will have to wait.

An abyss opened for me when the borders closed. In an emergency, there is no way I could travel to be with my father. No way to bridge the distance. Living in Peru is a choice I made, but as the years passed and Lima took on the modern face of any big city, it seemed a safe bet. Flights were cramped but reliable. Video calls revolutionized communication and email faded into the last century.

Now I’m looking to the past again. This time, I’ll send the email to my sister, who will print it and mail it to our dad. Together we will spin that gossamer thread, a combination of high and low tech, weaving a web that will cradle our hearts in this time of coronavirus.

More information:
For reliable sources of information on the coronavirus, go to the World Health Organization’s guidance on COVID-19, or the Centers for Disease Control’s coronavirus page.

Featured Image:An elderly patient is taken into a health center in Lima March 17, 2020, after the Peruvian government closed the country’s borders in response to the outbreak of coronavirus. (CNS photo/Sebastian Castaneda, Reuters)

From the editor: Mission in Chicago

From the editor: Mission in Chicago