In his new exhortation, Querida Amazonia, Pope Francis describes his “great dreams” for the Amazon region

In February, Pope Francis released Querida Amazonia, or “Beloved Amazonia,” his exhortation in response to the Synod on the Amazon, in which he called for a renewed “missionary Church” to journey alongside the people of the Amazon region.

The Synod on the Amazon was a gathering of bishops, clergy, religious and lay people in Rome in October 2019 to discuss the pastoral issues facing the Church in the Amazon. The synod was groundbreaking in its inclusion of indigenous and women pastoral workers and in its focus on the application of the principles of Pope Francis’ encyclical Laudato Si’ to a specific ecological territory.

In the exhortation, Pope Francis describes his “great dreams” for the Amazon region, which he divides into four categories: social, cultural, ecological and ecclesial. He dreams of a Church in the Amazon region that advances the dignity of the poor and vulnerable, caring particularly for those whose land and lives are threatened by commercial interests that destroy the forest by extracting natural resources. He dreams of preserving the “cultural riches” of the region and celebrates the indigenous wisdom of buen vivir, “good living,” a spirituality of harmony between Creator and all creation. He urges the Amazonian Church and all people of good will to protect the precious Amazonian ecosystem.

Above all, and in the most extensive section, Pope Francis describes his dream of a “Church with an Amazonian face,” or a missionary Church transformed by encounter and dialogue with the Amazonian people.

Building on Pope John Paul II’s teaching, Pope Francis reiterates the necessity of “inculturation,” or the process by which the Church is enriched and transformed through interaction with a local culture, and in turn the local culture is “brought to fulfillment in light of the Gospel.” He highlights the relationship between solidarity and inculturation, saying the Church must take up the social concerns of the local people as well.

Pope Francis’ exhortation has been met with mixed reactions. Those who were hoping that the document would demonstrate support for the ordination of married priests and women deacons to address the shortage of priests in the region have expressed disappointment. Others, however, including key voices in the Amazonian Church, have welcomed and celebrated the pope’s words.

Mauricio López, director of the Pan-Amazonian Ecclesial Network, who was present at the Synod, called the exhortation “a love letter for the people in the Amazon” and said that indigenous Catholics in the region feel that “for the first time their church will embrace their wisdom in protecting our common home, our mother Earth, instead of rejecting their identity as Catholic sons and daughters of this land.”

Pope Francis’ call for a missionary Church that preaches the Good News to those on the margins is at the heart of the work of Maryknoll missioners. Pope Francis makes it clear that this call applies not only to the Amazonian Church, but to the global Catholic Church, praying that “God grant that the entire Church be enriched and challenged by the work of the synodal assembly.”

Tags: Church in the Amazon, Pope Francis, Querida Amazonia, Synod on the Amazon 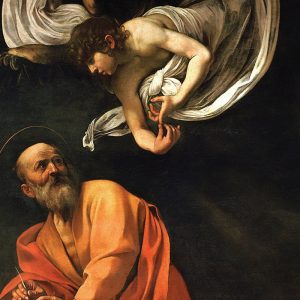