" /> The Way of Mercy | Maryknoll Magazine

The Way of Mercy 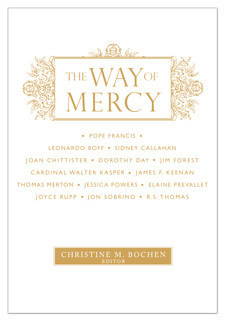 This new book from Orbis, a beautiful collection of essays edited by Christine M. Bochen, takes its inspiration from Pope Francis’ proclamation of a Jubilee Year of Mercy. It begins, appropriately, with the pope’s proclamation itself, a beautiful and profound reflection on mercy—on the God who is Mercy and on Jesus Christ, who is “the face of the Father’s mercy” and who calls each of us to be merciful. We “are called to show mercy,” Pope Francis writes, “because mercy has first been shown to us.”

Mercy has been a central theme in all the pronouncements of Pope Francis. But now he has called on the entire Church to take up this theme, to “open our hearts to those living on the outermost fringes of society.” This entails “opening our eyes to see the misery of the world, the wounds of our brothers and sisters who are denied their dignity” and “recognize that we are compelled to heed their cry for help.” He expresses his hope for the Jubilee Year of Mercy in this way: “May their cry for help become our own, and together may we break down the barriers of indifference that too often reign supreme and mask our hypocrisy and egoism.”

The Way of Mercy is a stunning collection of writings by some of the great theologians and spiritual writers of our time, including Cardinal Walter Kasper, who describes the turn to mercy as a “paradigm shift” in a theological method that begins with “the concrete human condition.” Brazilian theologian Leonardo Boff and Salvadoran Jesuit Jon Sobrino see in mercy the ethic of Jesus, which unites love of God and love of neighbor. Jim Forest reflects on the Beatitude “Blessed are the merciful,” which is modeled in Jesus. “Mercy is a hard virtue,” Forest notes, “even if it sounds like a soft quality. We want mercy for ourselves but resist extending it to others . . . what Christ calls us to become is people living the mercy of God.”

The essays that follow come from some of the most popular spiritual writers of recent times. For Dorothy Day, founder of the Catholic Worker, “It is by the Works of Mercy that we shall be judged.” The reflection by Joan Chittister begins with a story of a mother who, 13 years after her son was murdered, is able to reach out to her son’s murderer. This story becomes the springboard for reflecting on mercy as what God does and what we must also strive to do. Thomas Merton writes of mercy as the climate in which the Church must live. That climate grows out of the recognition that “all [people] are acceptable before God.”

The book draws to a close with reflections by Joyce Rupp and a poem by R.S. Thomas—explicit invitations to pray for mercy, as does Pope Francis in his concluding Prayer for the Jubilee Year of Mercy. It is a good prayer to begin this special year and to carry with us in the years to come.

To learn more about this title and author, please visit OrbisBooks.com

One Call Many Responses 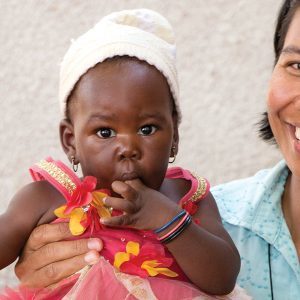 Maryknoll Sister from the Philippines and Tanzanians discover together that mission is about relationships || Love,...

Mar 1, 2016
Copyright 2019 Maryknoll Fathers and Brothers. All Right Reserved.
Back to top