" /> On Care For Our common Home Laudato Si' | Maryknoll Magazine

On Care For Our common Home Laudato Si’

The Encyclopedia of Pope Francis on the Environment 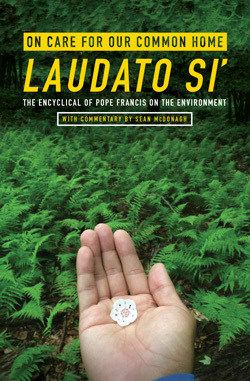 Pope Francis’ historic encyclical on the environment, issued last year, is a watershed moment in the Church’s engagement with the challenges of environmental degradation and the fate of the poor. In this new publication from Orbis Books, the text of Laudato Si’ is joined with reflections by Father Sean McDonagh, a Columban priest and eco-theologian, who reviews the history of Catholic teaching on the environment that elaborates on key themes, including climate change, biodiversity and water scarcity.

Early responses to Laudato Si’ focused on the question of whether the pope recognizes the human contribution to climate change (he does). But the encyclical goes far beyond this to develop two themes. First, addressing himself to the global community, he calls on human beings to respect, cherish and stop exploiting planet earth. But the second focus of the encyclical is on the poor of the world and those who are excluded from reaching their true potential. It is crucial, he argues, that all humanity hears both the cry of the earth and the cry of the poor.

The pope’s message, of course, flows directly from the vision of his namesake, St. Francis of Assisi. The very title of the encyclical, “Praised be to you,” comes from St. Francis’ “Canticle of the Creatures.”

St. Francis had a holistic vision that recognized the intimate relationship between human beings, other creatures and the earth, our common home. And yet, through much of our history, Christians have assumed an attitude of “dominion” over the earth, regarding it as something to be used and exploited for short-term gain. That attitude now threatens our very survival.
Instead, the pope calls for an “ecological conversion”—a new consciousness as well as new practices. In meeting this urgent challenge, he maintains a hopeful attitude. “All is not lost,” he writes. “Human beings, while capable of the worst, are also capable of rising above themselves, choosing again what is good, and making new starts, despite their mental and social conditioning.” Pointing to the wisdom of St. Thérèse of Lisieux, the Little Flower, he reminds us: “All it takes is one good person to restore hope.”

In that spirit, Father McDonagh concludes his commentary by reflecting on several individuals who showed what one person can achieve. These include Rachel Carson, author of Silent Spring, who inspired the modern environmental movement; Sister Dorothy Stang, an American missioner who was killed for her efforts to defend the Amazon and its poor residents; and Thomas Berry, a priest and “geologian,” who held up a new understanding of the “universe story” to inspire an ecological spirituality.

Father McDonagh’s commentary addresses practical prescriptions for what must be done to turn the pope’s vision into a program of effective action, in which each of us has a role to play. As he points out, “The stakes are very high. In fact, they could not be higher.”

To learn more, or purchase this book, visit Orbis Books

God Does The Healing 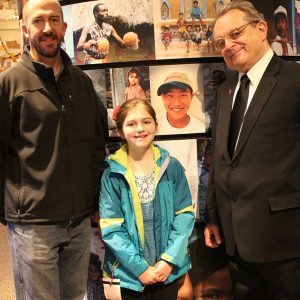