Unpublished letters and other writings. 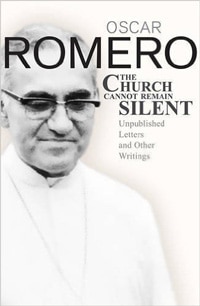 This March marks the 37th anniversary of the death of Oscar Romero, the archbishop of San Salvador who was murdered by a paramilitary death squad while saying Mass. He was the first bishop killed at the altar since Thomas Becket in the 12th century. But unlike Becket, who died defending the prerogatives of the Church, Romero—as theologian Jon Sobrino has observed—was killed “like Jesus” for standing with the poor. This year is particularly important in the memory of Romero since it also marks the 100th anniversary of his birth in August 1917.

Orbis Books has published many books by and about Oscar Romero. And now we have a new one—a collection of selections from his unpublished letters. Romero, of course, is best known for his prophetic sermons and pastoral letters. But these unpublished letters, addressed to the scores of people who wrote to him for advice or encouragement, offer a fresh and revealing glimpse of his personal and pastoral side. Whether in letters to local church communities, or wealthy benefactors concerned about the “political” leanings of the archdiocese, to mothers worried about their children or couples planning to get married, he dispenses advice, instruction and consolation. While acknowledging the personal stress he faced in light of the gathering storm of violence and opposition, he shows his determination to uphold and strengthen the faith of his people, to “think and feel” with the Church, and to bear witness to the God of Life.

Here is his counsel to a young woman:
You have suffered quite a lot in your short life. Do not despair. You have to take advantage of the experiences you have had.

You have distanced yourself from your parents who feel that you have deceived them, believing in a man who did not value you. Women can be strong and brave. Look at the Virgin Mary, a young woman of your age. She is an example of a strong and brave woman who knew how to play her role and take on a great responsibility in her life.

It’s never too late to start over. You can remake your life. One day you will find a man who really loves you and will form a Christian home with him. I recommend that you read the New Testament, where you will find the path to happiness.

This small volume includes additional material by and about Romero, including an introduction by Cardinal Angelo Amato, Prefect of the Congregation for the Causes of Saints. It was the declaration last year recognizing Romero at long last as a genuine martyr who had died in consequence of his discipleship that cleared the way for his beatification. As Amato writes, “Romero was simply a martyr for Christ. His words denouncing social injustice are the words of a prophet, who in God’s name defends the poor and the little people against the arrogance and abuses of the powerful without heart.” A moving afterword by Archbishop Romero’s vicar general, Ricardo Urioste, describes Romero’s personal qualities, and the courage and faith that he brought to his ministry.

The book also includes Romero’s final homilies—the public one in which he called on the soldiers to refuse to kill their poor brothers and sisters, and the final one, cut short by his murder. But the impact of his personal letters is to reveal the heart of a good shepherd who truly had the smell of the sheep and laid down his life for his flock.

The tragic plight of the Rohingya 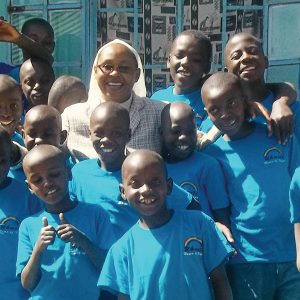 Little Sister of St. Francis becomes a mother to street boys in Kenya and a Maryknoll partner in mission || Sister...